The second Dr. Peter Karow Award for Font Technology & Digital Typography has been awarded to Thomas Milo for the development of the ACE layout engine (the heart of the Tasmeem plugin for InDesign ME) for Arabic text setting.

The Dr. Peter Karow Award for Font Technology & Digital Typography is presented once per five years to a person who makes an exceptional and innovative contribution to the development of digital type and typography related technology. The first Dr. Peter Karow Award was presented to Dr. Peter Karow himself at the third DTL FontMaster Conference at Castle Maurick in 2003. So, in this case it took actually an extra year before the jury (Dr. Peter Karow, Dr. Jürgen Willrodt, Peter Rosenfeld and Frank E. Blokland [chairman]) came to an unanimous decision for the second award.

Thomas Milo and his company DecoType developed with ACE, which is an acronym for Arabic Calligraphic Engine, new advanced technology for Arabic text setting, which needs a far more sophisticated approach than for instance the Latin script, based on a thorough analysis of the Arabic script. Not only served Milos typographic research as the fundament for the ACE technology, clearly it also formed a basis for the development of the OpenType format, although this is a less known and acknowledged fact.

Thomas Milos importance for the development of digital type and typography is evident and in line with the position of Dr. Peter Karow in the field. As one consultant of the award jury stated: Dr. Karow made type digital in a way we know today (description of shapes as outlines, rasterization, hinting, greyscaling, plus page-layout improvements). Thomas Milo added the smartness needed for scripts that ask for a more sophisticated behavior than Latin.

On the 18th of November Dr. Peter Karow shall personally present the award to Thomas Milo at the Type[&]Design 2009 conference in The Hague.

The jury of the Dr. Peter Karow Award congratulates Thomas Milo with his impressive achievements! 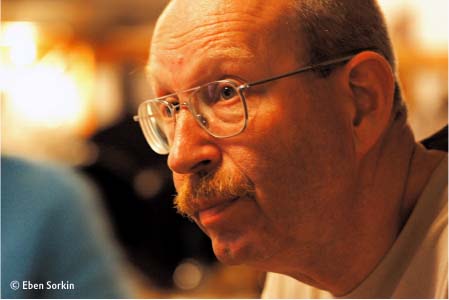 Arabic script is the result of a millenium and a half of intense and competent design development. Like for Latin script, computer technology should facilitate such a heritage. The first line presents DecoType philosophy in a nutshell. In black, the result. In colors, the letters. In outlines, the structure. The typeface is DecoType's Nastaliq, the language is Persian. The second line, for comparison, shows the same text in OpenType. The typeface is Adobe Arabic.

Thomas Milo on Arabic Script, War in Lebanon, and More, an interview with citizenreporter.org

About designing typefaces for ACE in Tasmeem: