FoundryMaster is expected to be available in March 2021. Please contact the Dutch Type Library for inquiries. 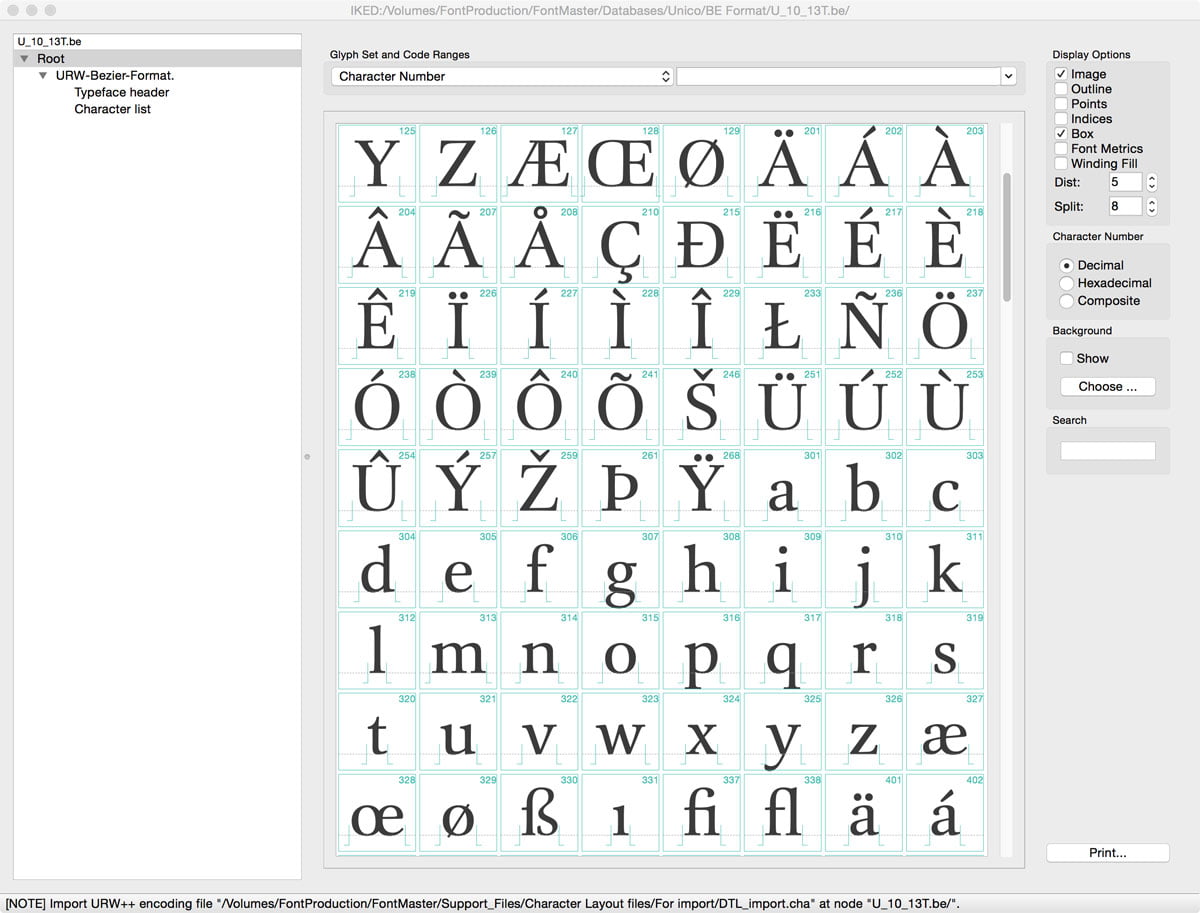 FoundryMaster is, in line with its ikarus -based precursors, particularly a font editor for the somewhat more technically savvy type designers and font producers. After all, everything can be arranged in detail and adapted to the needs: shortcuts, display size, color, the tools palette, the accuracy of the conversion from cubic to quadratic Bézier splines, encoding system, and so on. 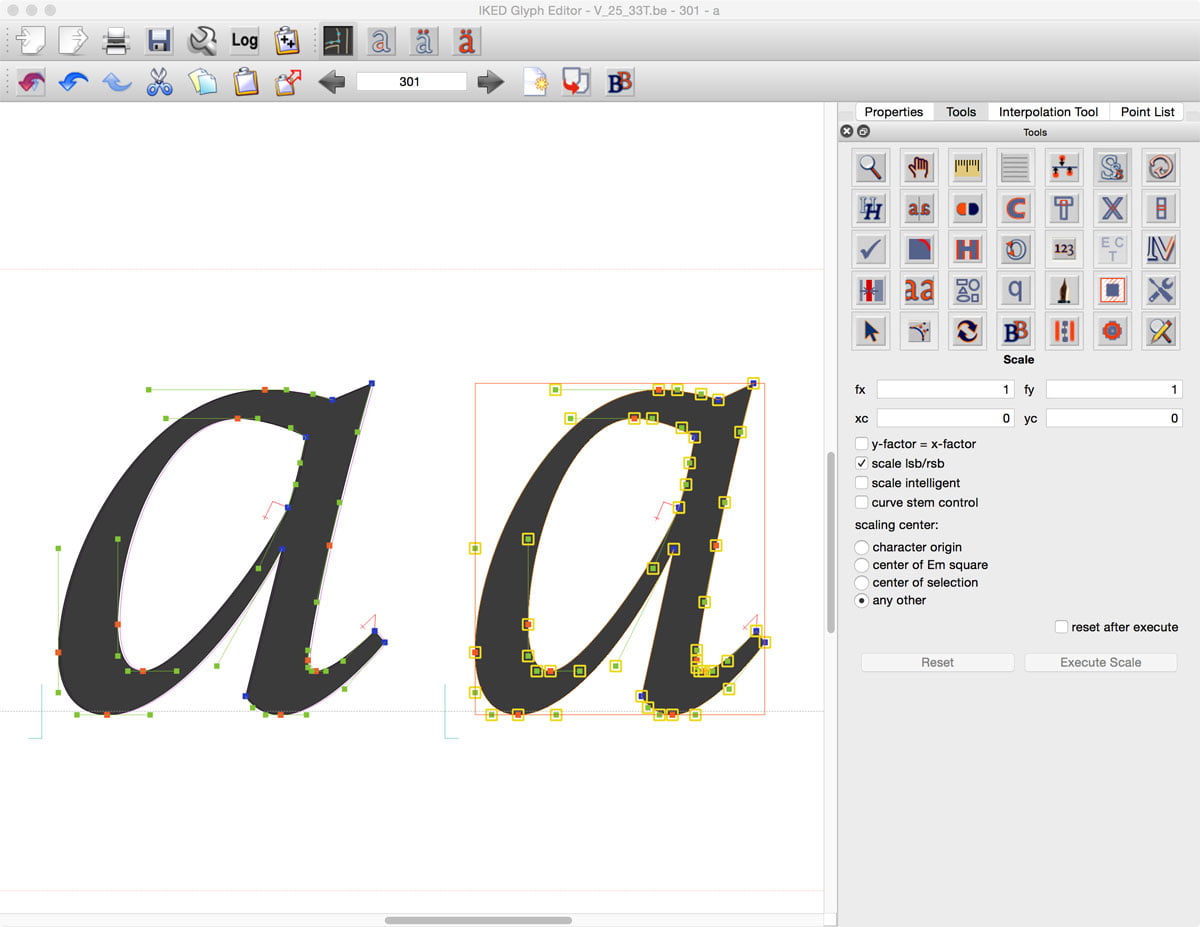 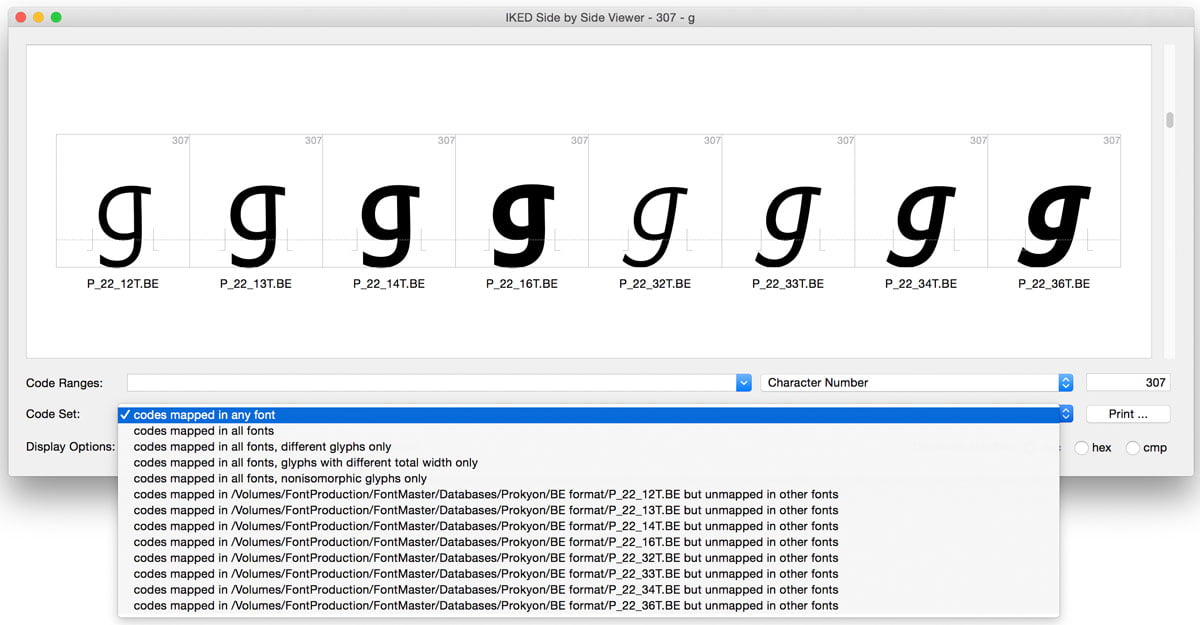 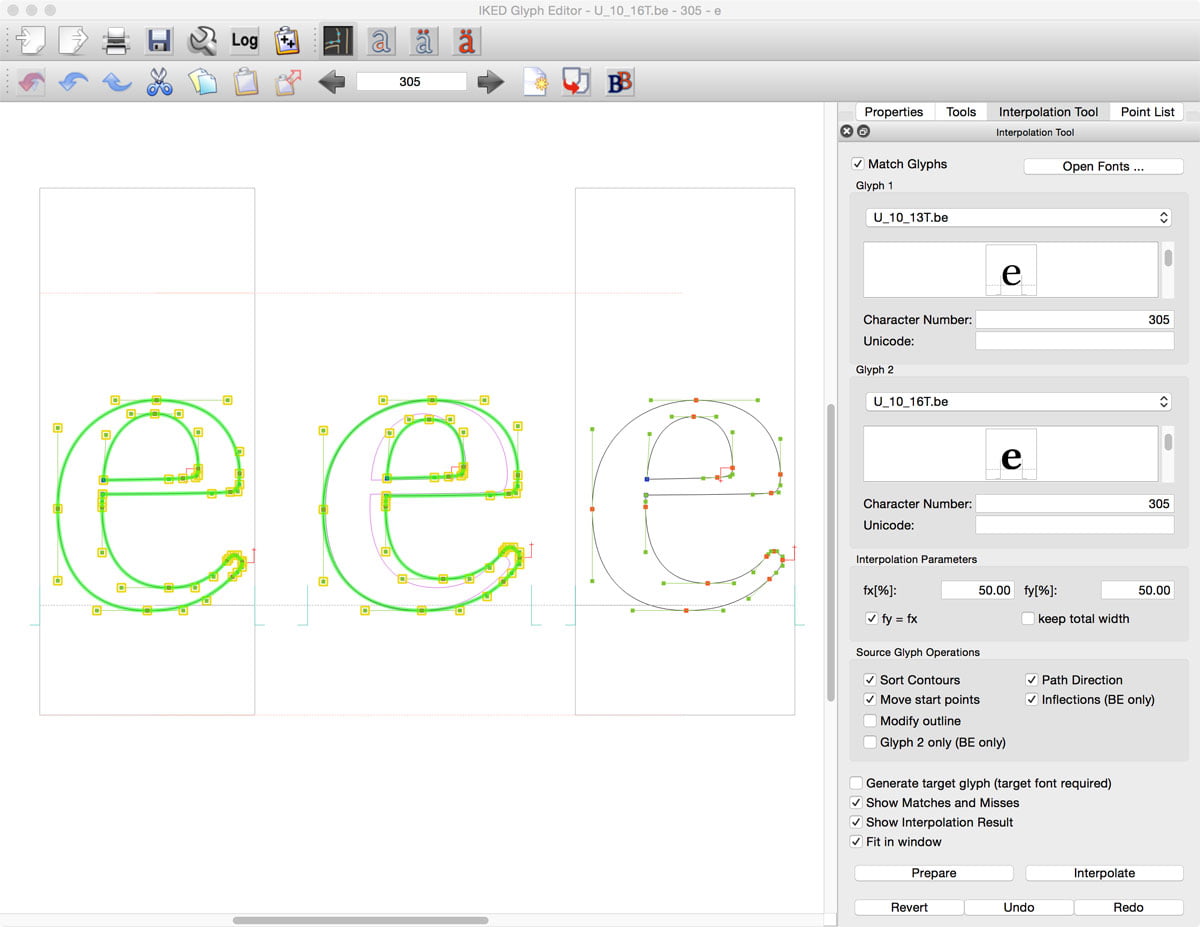 File formats
FoundryMaster supports, besides the ufo format, urw’s proprietary be/ib ik/ii and qq/iq glyph-storage formats. The be/ib formats are the cubic-splines ones, the qq/iq are for storing and editing quadratic splines, and the ik/ii are representing the ikarus format. The be, qq, and ik formats are all two-byte (with a maximum of 65536 per database). The ib, iq, and ii are four-byte variants (theoretically with a maximum of 4294967296 glyphs per database). The ‘i’ four-byte formats stands for ‘intelligent’.