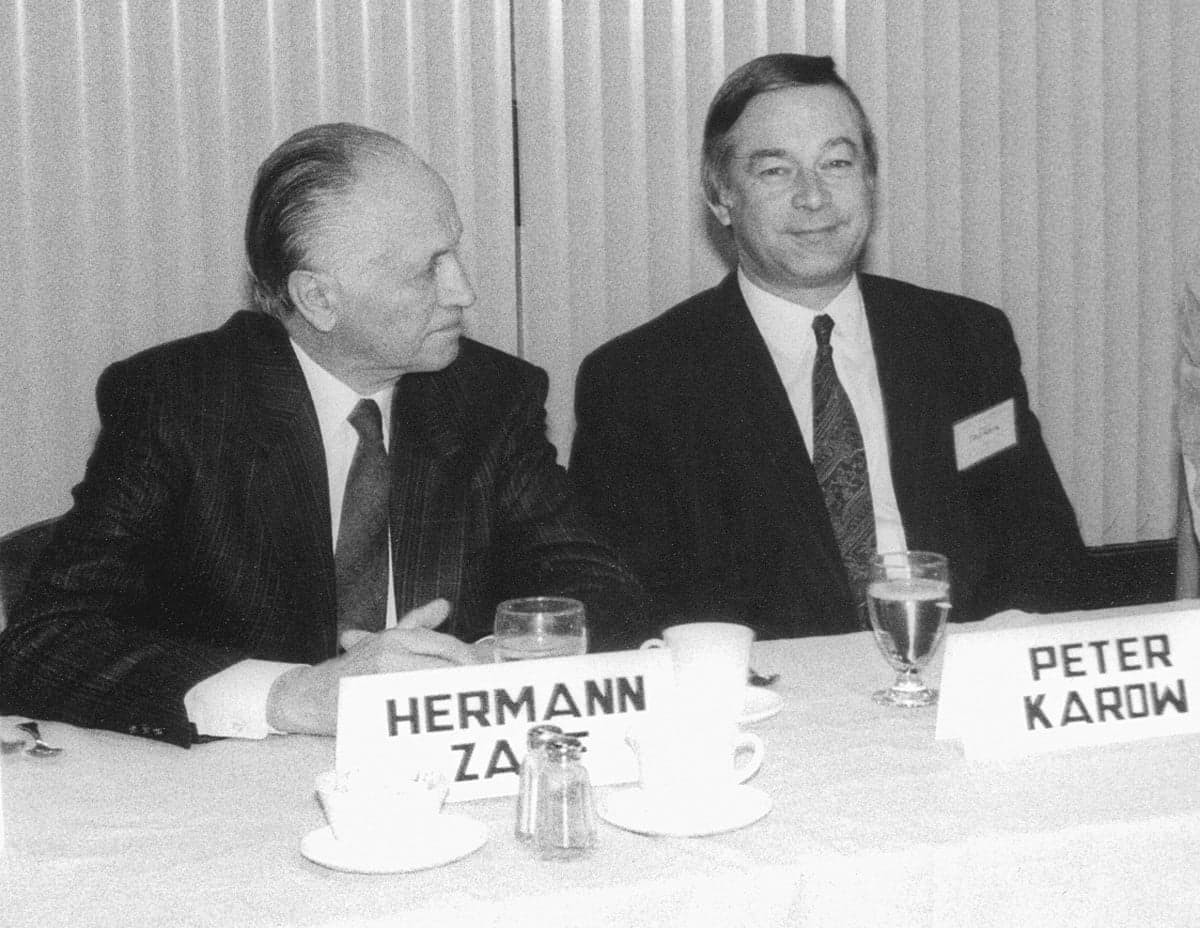 The dtl font tools have a long history that actually goes back to the early 1970s, when the digitization of resolution-independent contours started with the invention by Dr. Peter Karow (on the photo above together with Hermann Zapf) of the ikarus format. After all, even the newest font editor, FoundryMaster, has ikarus technology under the hood.

In the ﬁrst decades of digital typography the type libraries of the major companies in the type market, for example Monotype, Linotype, Berthold, and itc, were manually (‘hand’) digitized in the ikarus format using a lens cursor with tablet. 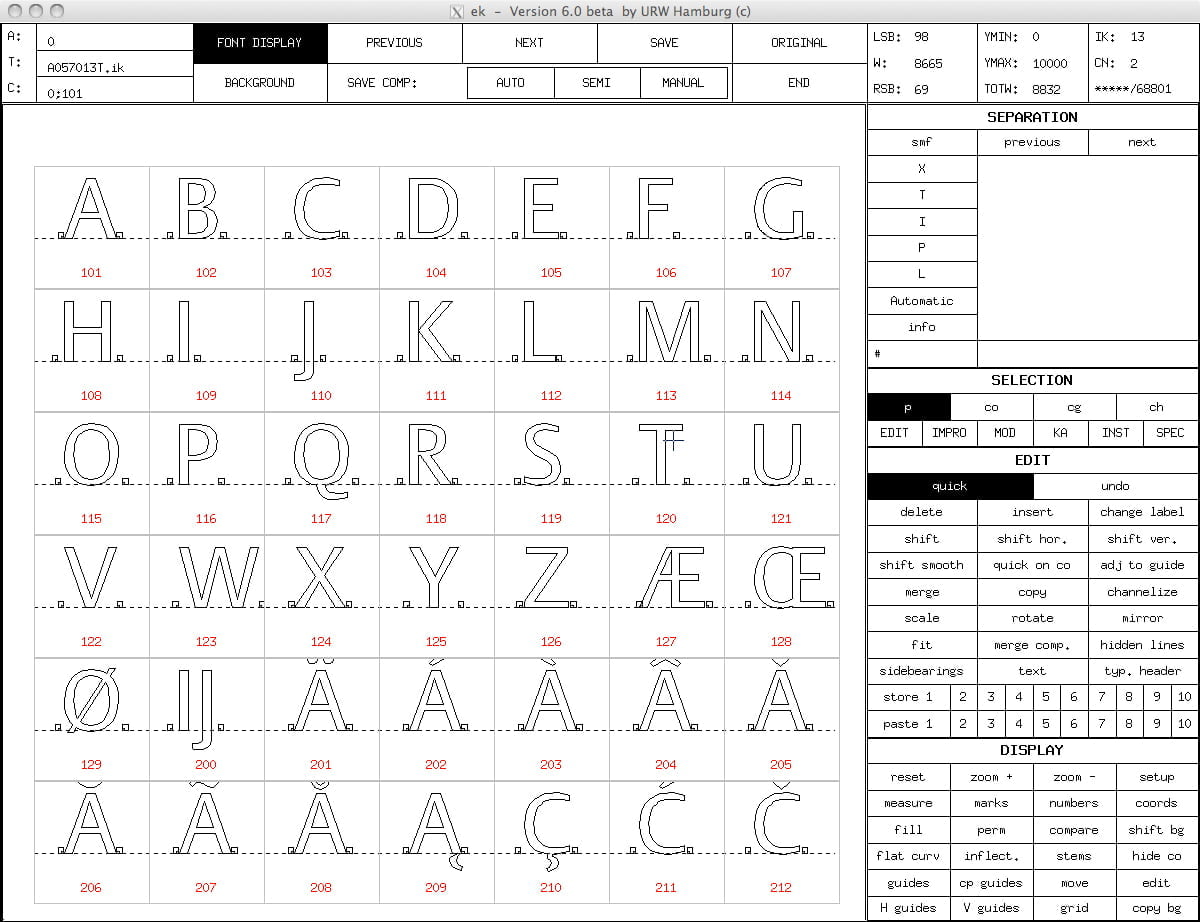 After all, ikarus is an advanced high-resolution format from which proprietary formats for different typesetting systems could be generated. The ‘large’ ikarus system runs (still) under unix, as shown on the image above. 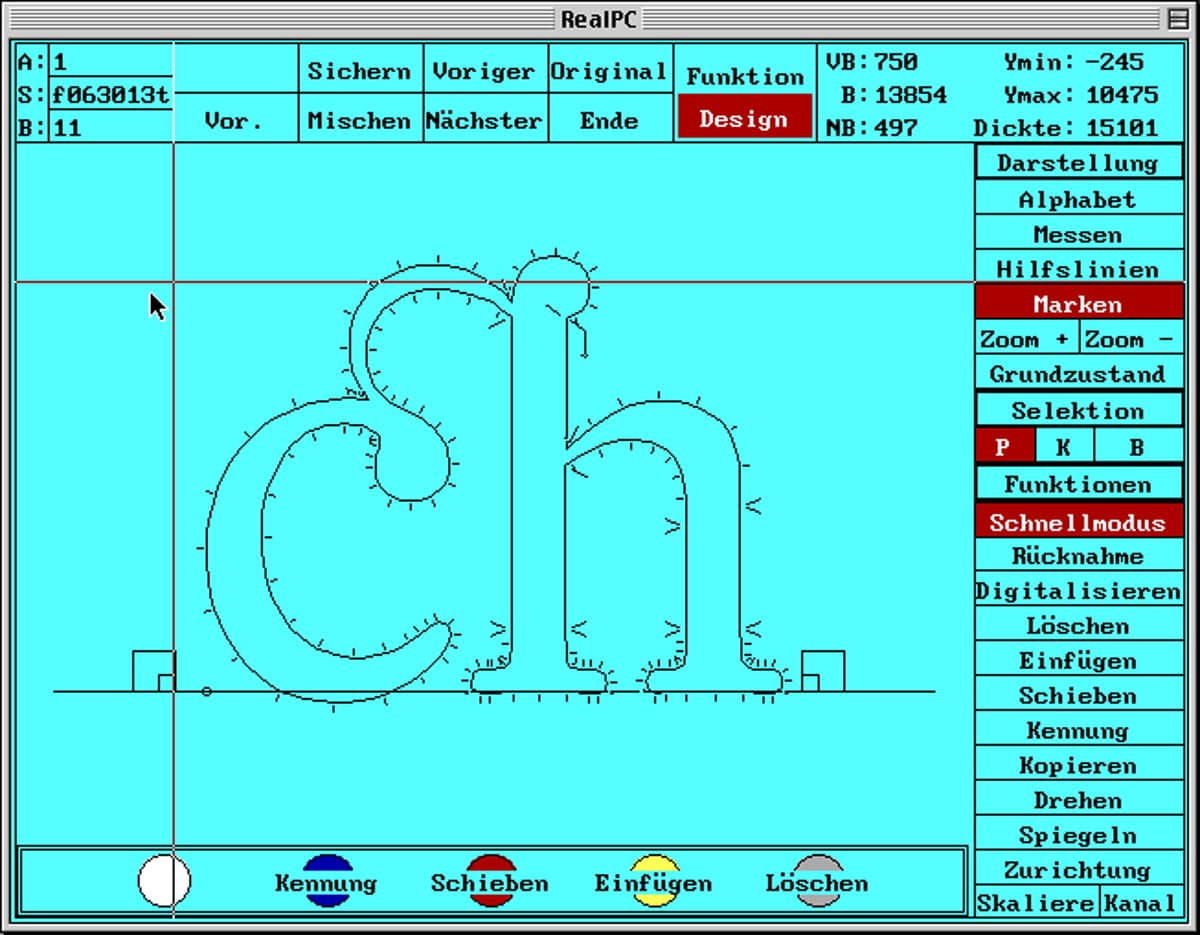 In the course of time siblings of the unix version were developed for Mac os (Ikarus m) and dos (Ikarus d, see above). 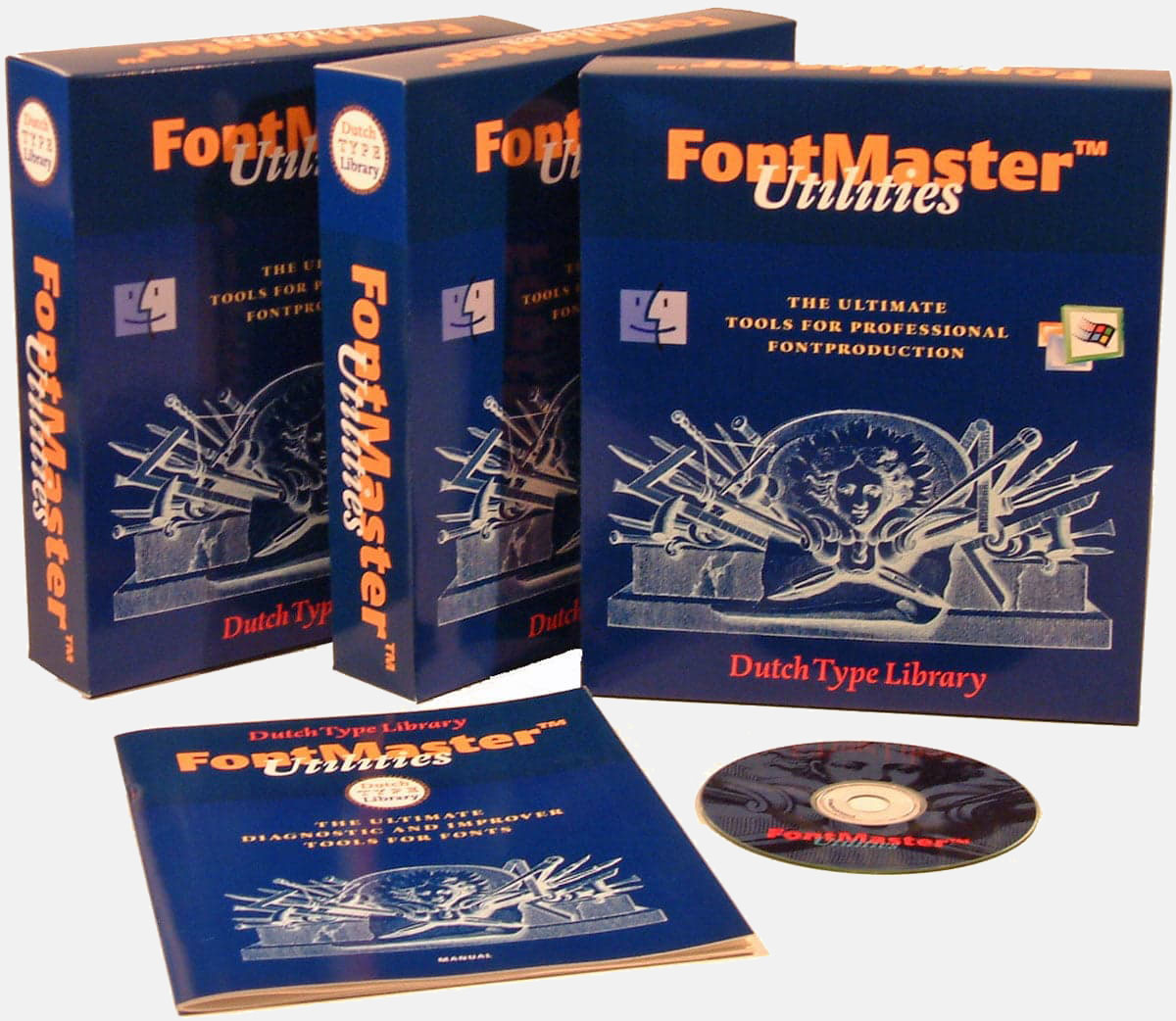 FoundryMaster’s precursor, dtl FontMaster, was developed for Mac os and Windows. It was presented at the ATypI Copenhagen conference in 2001, the same year in which Apple released Mac os x (nowadays macOS). 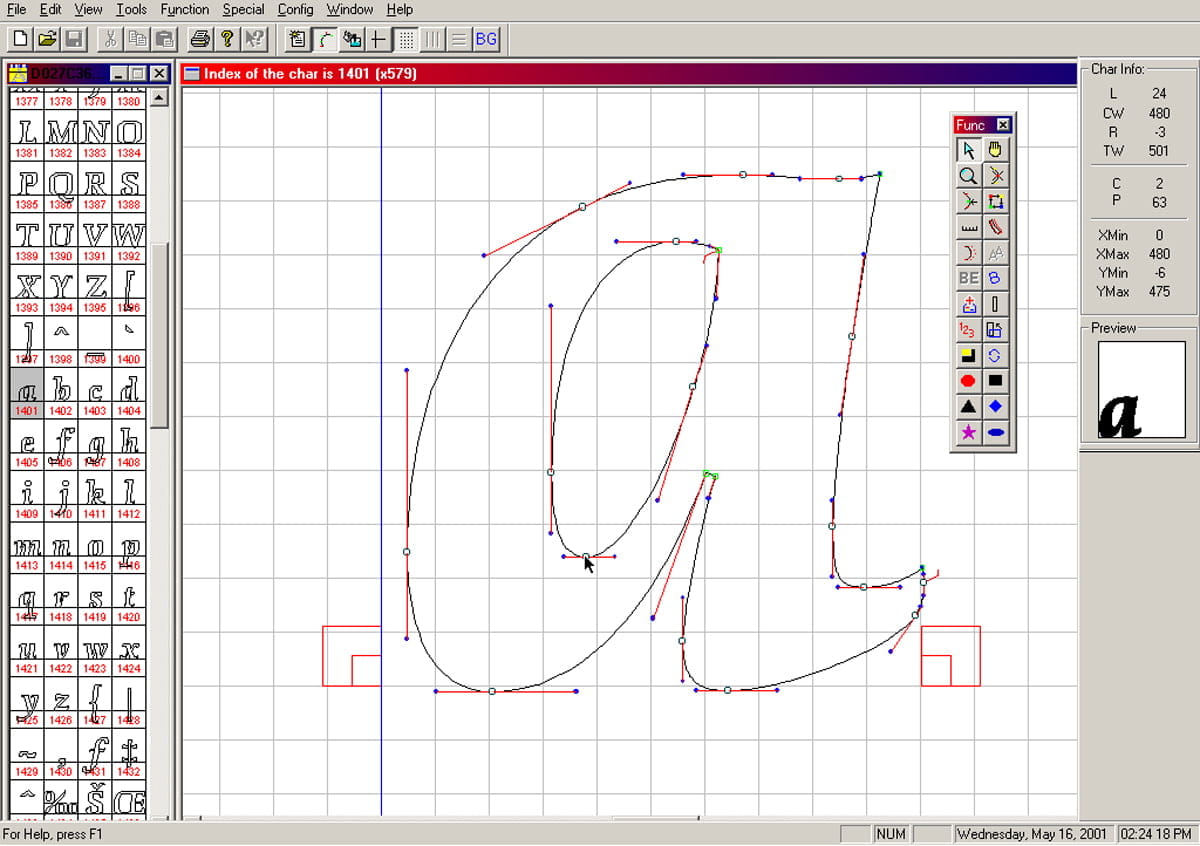 Unfortunately Microsoft never updated the mfc compiler to support Mac os x, so only Mac os 9 and Windows versions could be delivered. 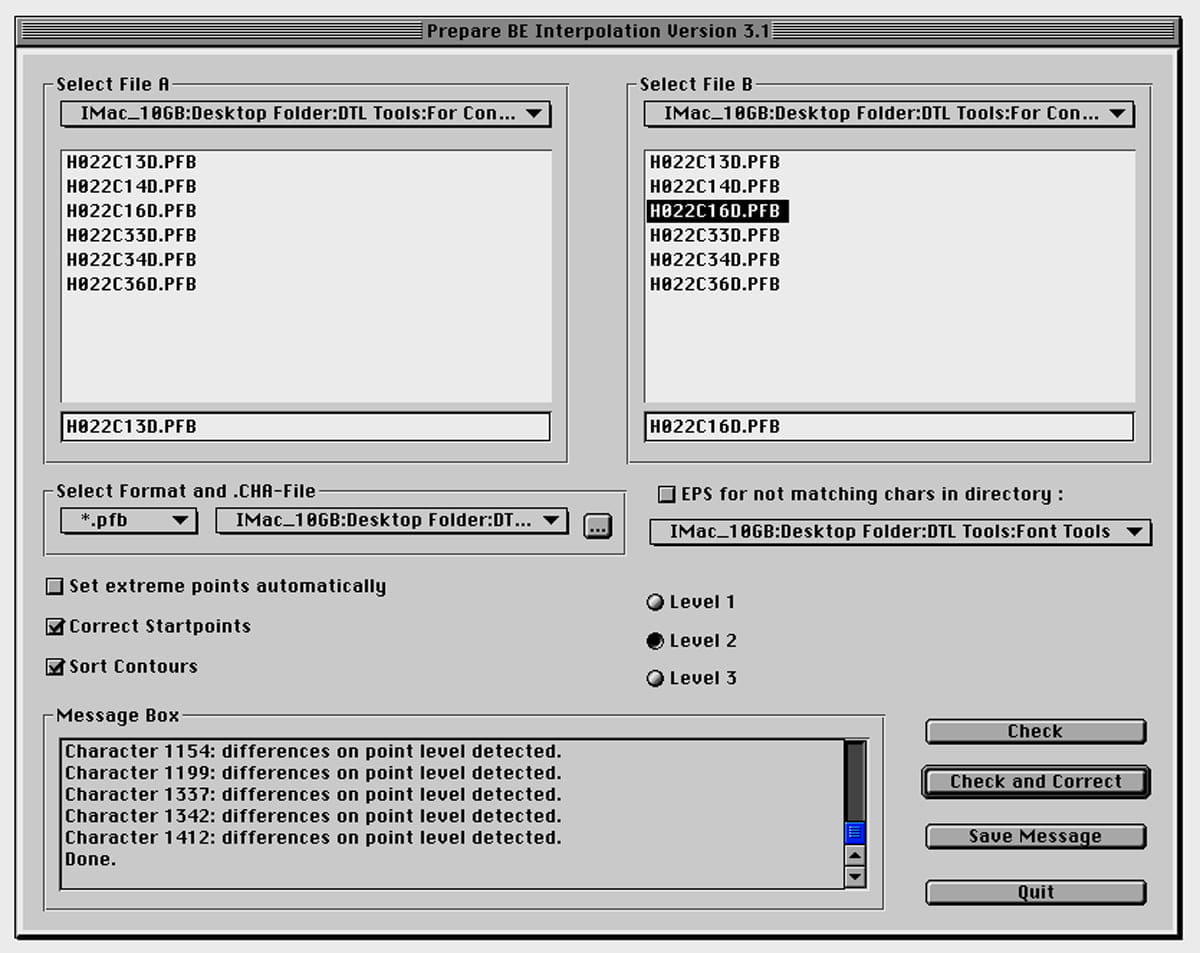 The ﬁrst (semi-)professional font-production tools used at the Dutch Type Library were Ikarus m for manually digitizing analog artwork in 1987, and Fontographer for editing cubic Bézier splines roughly a year later. However, both applications lacked the control and the batch functionality that was required for the production of the dtl fonts. Hence, together with the developers at urw in Hamburg the production of proprietary tools started midst 1990s. 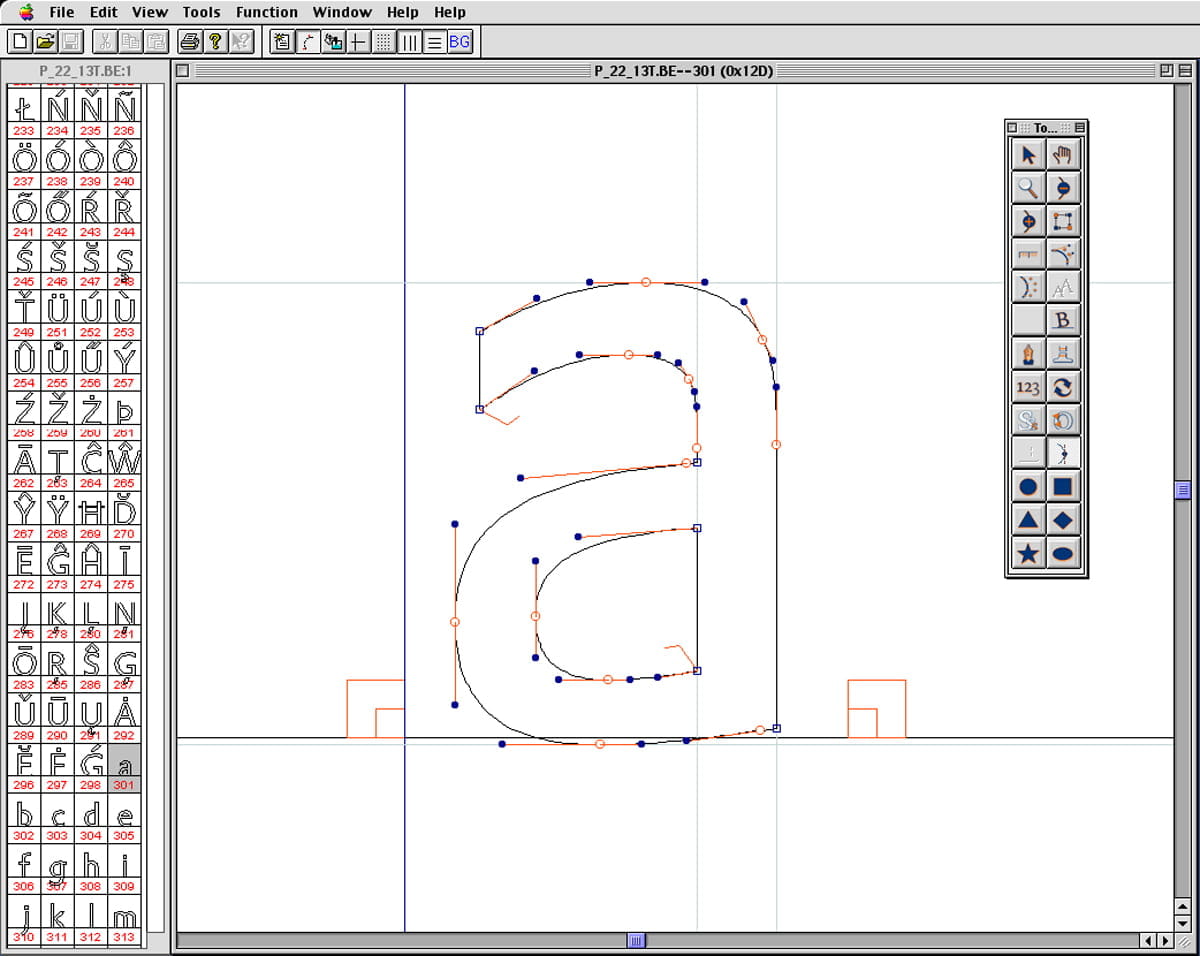 Eventually the FontMaster modules became more and more powerful and polished. Much of the functionality has been ported to the new FoundryMaster, to which also new sophisticated tools have been added. 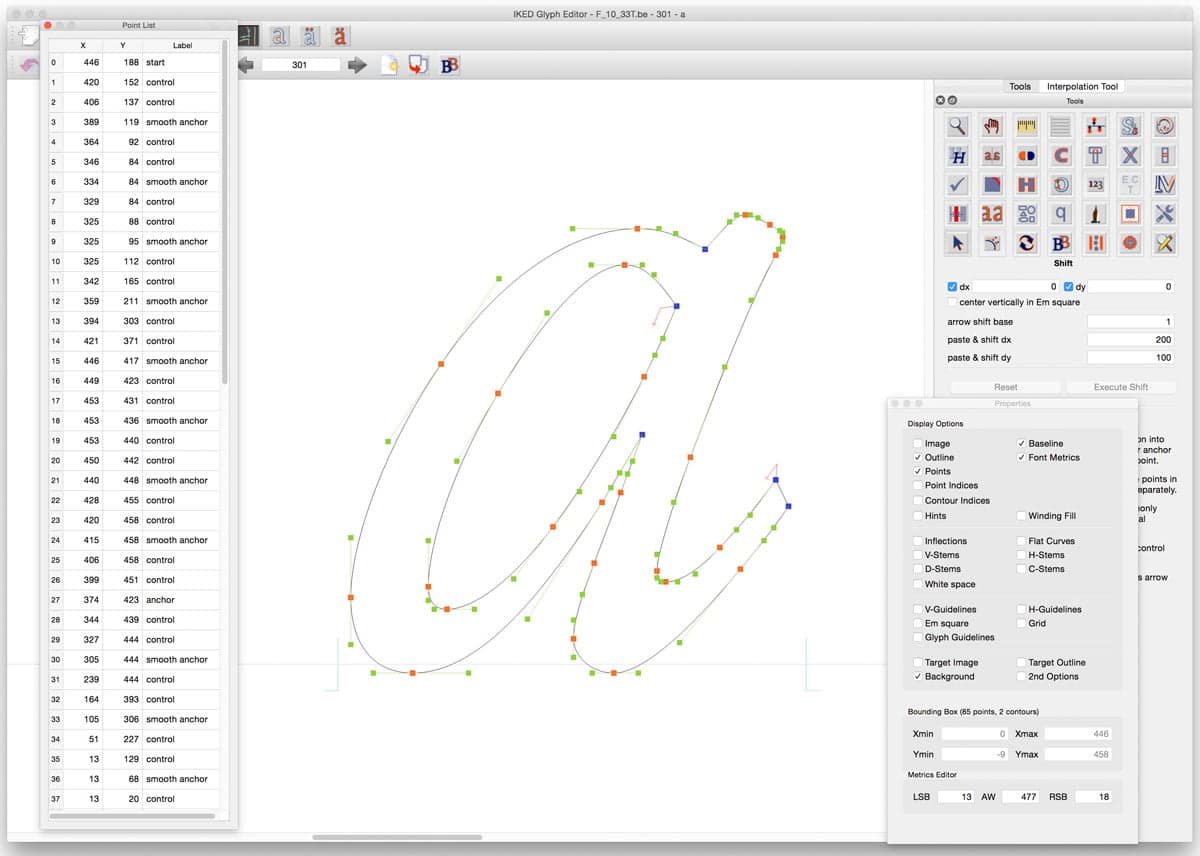 FoundryMaster (fm2) is the advanced successor of the dtl FontMaster suite for macOS, Windows, and Linux: it will become available autumn 2021. 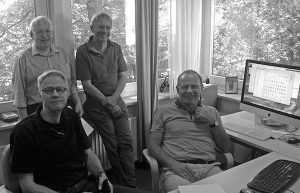 The development team of the font tools presented on this site is probably one of the oldest in the metier. On the photo (rtl): Jürgen Willrodt, Axel Stoltenberg, Hartmut Schwarz, and Frank E. Blokland. 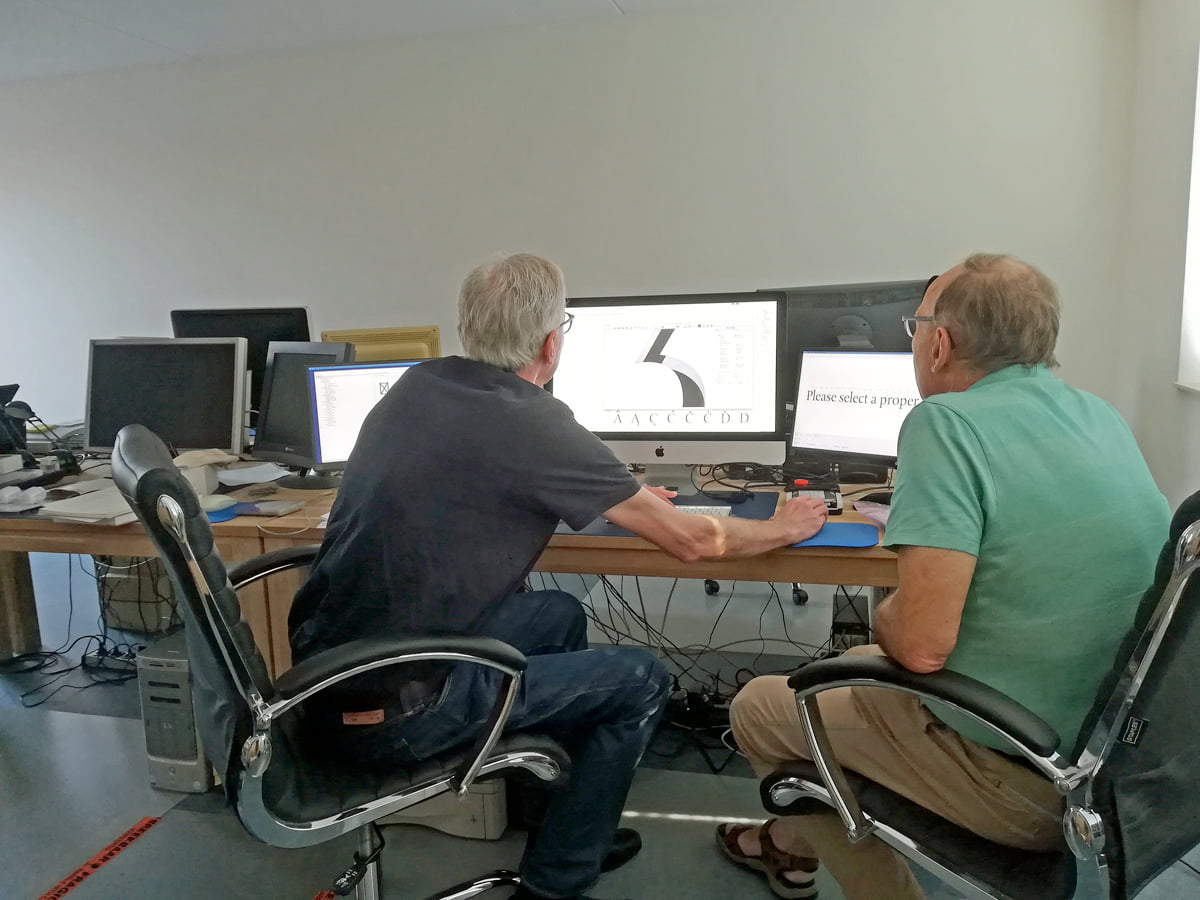 The development of the dtl font tools is a continuous process. This photo dates from early September 2021, when Jürgen Willrodt visited the Dutch Type Library studio.