From 2 to 6 September 2019, the Plantin Institute of Typography and the University of Antwerp organize an international summer school on ‘critical approaches to typography’. The detailed program and application form are available here. The application deadline is 2 June 2019 and a maximum of 20 participants will be accepted. The registration fee of 600 euro includes, besides the course material (software and printed matter), a welcome drink, coffee breaks, and the farewell diner. The fee does not include housing.

The rise of desktop publishing in the second half of the 1980s changed the graphic landscape completely. Within a decade the highly specialized métiers of the typesetter and typographer were merged in that of the computerized graphic designer, irrespective of whether macOS, Windows, or Linux is used. Together with these operating systems came an increasing number of fonts and today everyone is a typesetter by deﬁnition. However, not everyone is automatically a typographer too, because typography requires specialist knowledge and insight. New terms as ‘macro-’ and ‘micro-typography’ have become popular nowadays, but they are only synonyms for typesetting and typography respectively.

All present-day graphic designers are ‘macro-typographers’, but not too many are also ‘micro-typographers’. Hence, not all of them will be able to give the answers to questions about, for example, what forms the basis for the patterning in type, or on what exactly typographic conventions are based. In the meantime digital typefaces are becoming more and more advanced and sophisticated. After all, OpenType Layout features will mostly automatically insert and adjust all kind of detailed (and technically complex) matters, such as ligature substitutions, the application of contextual alternates, related positioning of diacritics, et cetera. For this, in the past the typographer had to write detailed instructions for the typesetter. However, to be able to judge and consequently handle the advanced digital outcomes, a deep understanding of what exactly typography comprises, remains required.

During the Typography Summer School at the University of Antwerp, the fundamental aspects of typography are researched. Since the end of the 1990s Dr. Frank E. Blokland, the principal lecturer, is deeply involved in the development of the high-end font tools described on this website. Some of these tools, like dtl OTMaster, will be used at the course for a more detailed look at digital-font technology. However, one does not have to be technically savvy at all for this. Furthermore, not only technical but also optical aspects will be investigated, as well as the (historical) origin of typefaces, the type designers in question, and in case of revivals, the (interpretation of the) style periods in which the original typefaces were made.

Autumn this year otm 8 will be released. This edition contains additional functionality, for example, enhanced support for ttc/otc fonts, the option to edit the stem-snap arrays and stdhw values in the cff Header, and also trackpad gestures.

For the ttc/otc support the TrueType Collection Editor has been added. If one opens this tool, one will get an overview which tables are contained in which ttf font and which tables are shared. The window has a scrollbar to display all ttf fonts even if the number is very large. Also included are options to share tables with drag and drop, or to change a table and apply these changes to all fonts which share this table.

Those who purchased otm 7.9 in 2019 will be entitled to receive a free upgrade to version 8.

The previous retail version (6.3) of dtl OTMaster was released back in the spring of 2016. A lot of functionality has been added since, especially developed for the internal font production at urw Type Foundry and the Dutch Type Library. The current otm version is already 7.9 and an overview of the extensive new functionality can be found below.

The initial plan was that version 8 would be the next retail version. However, the conversion from otf to ttf and vice versa, the handling of the ufo 3 format, and the development of the updated manual takes a bit longer than planned. Especially since the typo Labs conference in Berlin last April, we received quite a number of requests for a new otm version. Therefore we have decided to release version 7.9 ﬁrst. Consequently this version comes without the otf to ttf conversion, ufo 3 support, and without an updated manual.

However, because of these limitations we lowered the price for otm 7.9 to €199 instead of the standard €255: please note that this is a one-time-only discount. Owners of version 7.9 will be able to upgrade to version 8 (scheduled for the ﬁrst half of 2019) for only €25. An upgrade from older versions, for example 6.3, to version 7.9 costs €50.

otm 7.9 is available for macOS, Windows, and Linux. The macOS version has not been notarized by Apple for Gatekeeper yet: consequently, when starting dtl OTMaster for the ﬁrst time, the right-mouse button (orcntrl+ click) has to be pressed to open the application. Of course, alternatively the settings for allowed downloaded apps in the ‘Security & Privacy’ section of the System Preferences can be changed.

4. Side By Side Viewer:
– Print
– Variation-instances
– Isomorphic glyphs, or non-isomorphic only
– Different total width only

A new version (5.8) of LeMo is available for downloading now:
– macOS
– Windows

Prior to the ofﬁcial release of FoundryMaster in a couple of months, the glyph-editing functionality has been revised and above all simpliﬁed in the latest beta version of this major font tool. The ‘shift’ (pointer) mode has the ‘quick-mode’ functionality integrated now and this implies that it is not necessary anymore to use a three-button mouse.* All editing functions work now with shortcuts. Because LeMo contains most of the editing functionality of FoundryMaster, this new approach also works for this application now. The downloads above contain the ‘LeMo_pointer_tool’ pdf, which provides an overview of the new shortcuts.

Please note that the interface of LeMo shows some legacy problems, especially when it comes to the multiple layers. In the course of time more and more functionality has been added to different base structures and this is far from easy to change. Instead of focussing on this issue, the emphasis in the development of LeMo will be on the investigation of how and to what extent the tool can become self-learning. Jürgen Willrodt and Frank E. Blokland will (try to ﬁnd time to) focus on applying neural networks in the coming decade(s).

* The main reason for the somewhat unusual three-button mouse functionality was a complexity with Qt under Linux, which is used for the development of the tools.

Also this year the Dutch Type Library and urw Type Foundry were present (for the third time) at the typo Labs conference, which took place at the Umwelforum in Berlin from 12 till 14 April 2018. 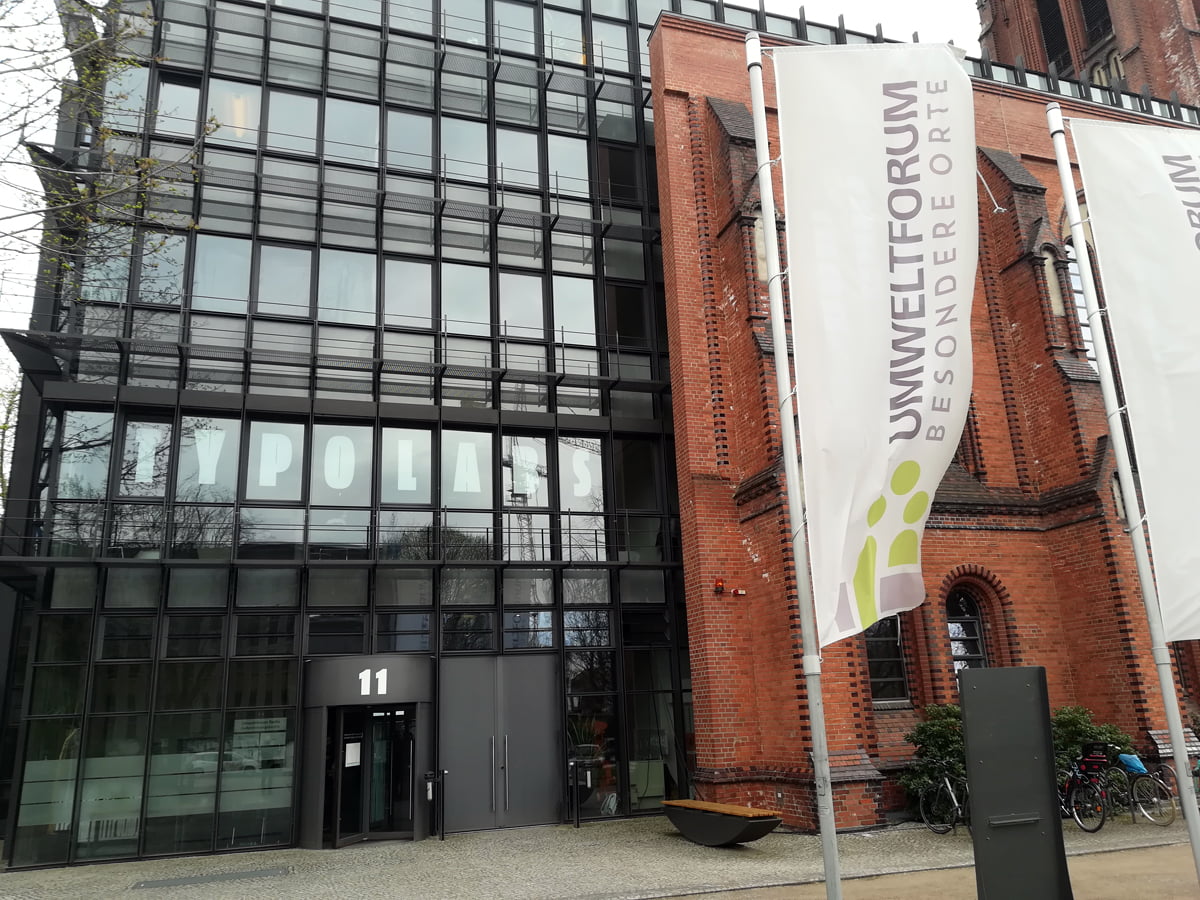 During the ‘Type, Technology & Design’ hands-on session on Friday the 13th of April, Jürgen Willrodt and Frank E. Blokland especially focused on the integration of OTMaster and FoundryMaster in workﬂows based on, for example, Glyphs or RoboFont. After all, combining the unique functionality offered by different font tools can ease and speed up production matters considerably. 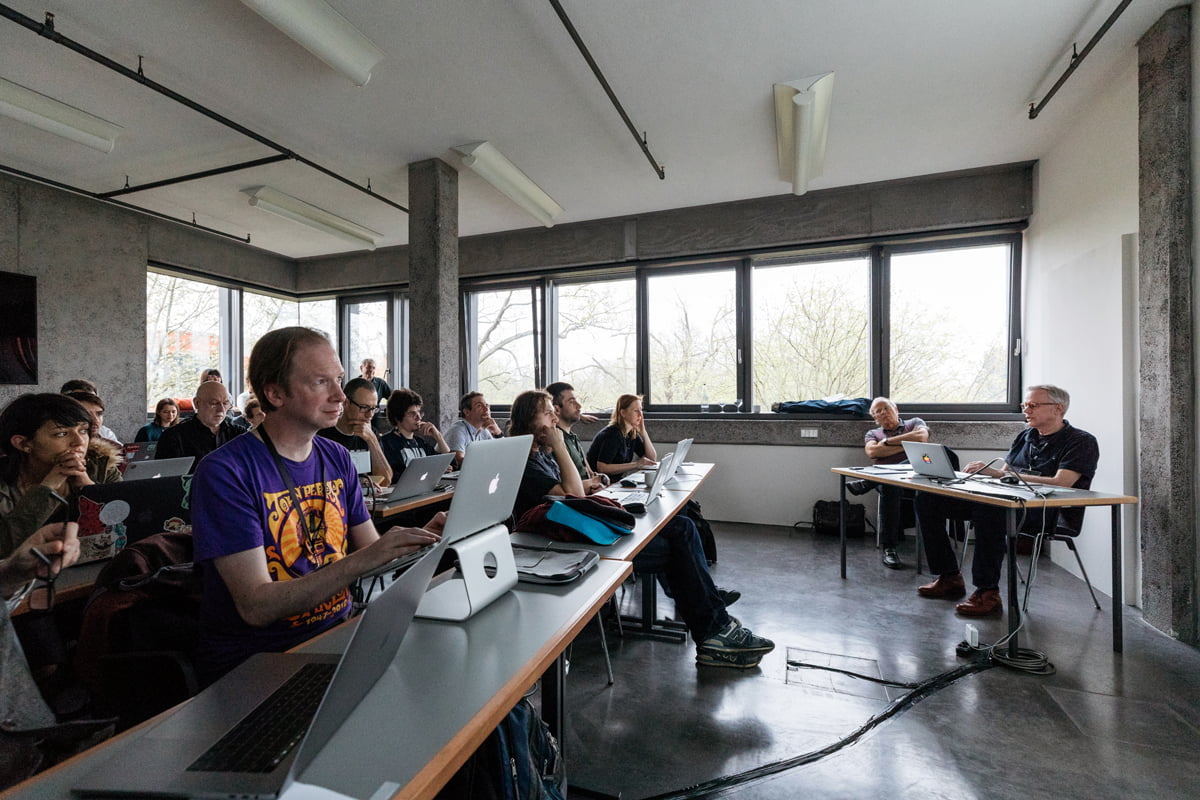 A new program that was introduced at the hands-on session is gposMaster. As the successor of KernMaster, it combines auto-kerning with several editing options. Like OTMaster and FoundryMaster, it will become available for macOS, Windows, and Linux end of 2018, or otherwise at latest early 2019.