The underlying hypothesis for Blokland’s PHD research at Leiden University is that Gutenberg and consorts developed a standardized and unitized system for ‘designing’ and casting Textura type, and that this system was extrapolated for roman (and later italic) type. Humanistic handwriting was literally molded into preﬁxed standardized proportions. 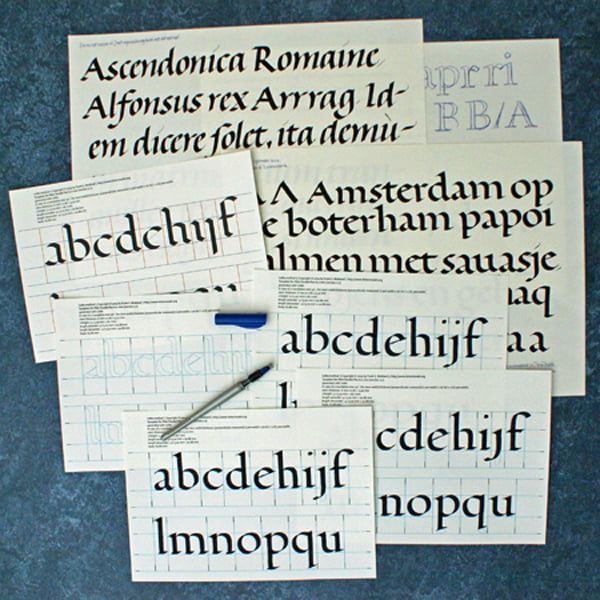 Writing with a broad nib, like the Pilot Parallel pen in the image above, is a good starting point for exploring matters like construction, contrast-sort, contrast-ﬂow, and contrast. However, ranslating handwriting into type is not very straightforward . Despite the fact that they are trained to work directly from their own writings, students often start to deﬁne grids before drawing letters. And usually they look at existing typefaces for the ‘correct’ proportions. Obviously patterning is a requirement for designing type and it is difﬁcult to distill these patterns from handwriting. Could it be possible that type also ﬁnd its origin in patterning besides in writing, and that this even inﬂuenced writing after the invention of movable type?